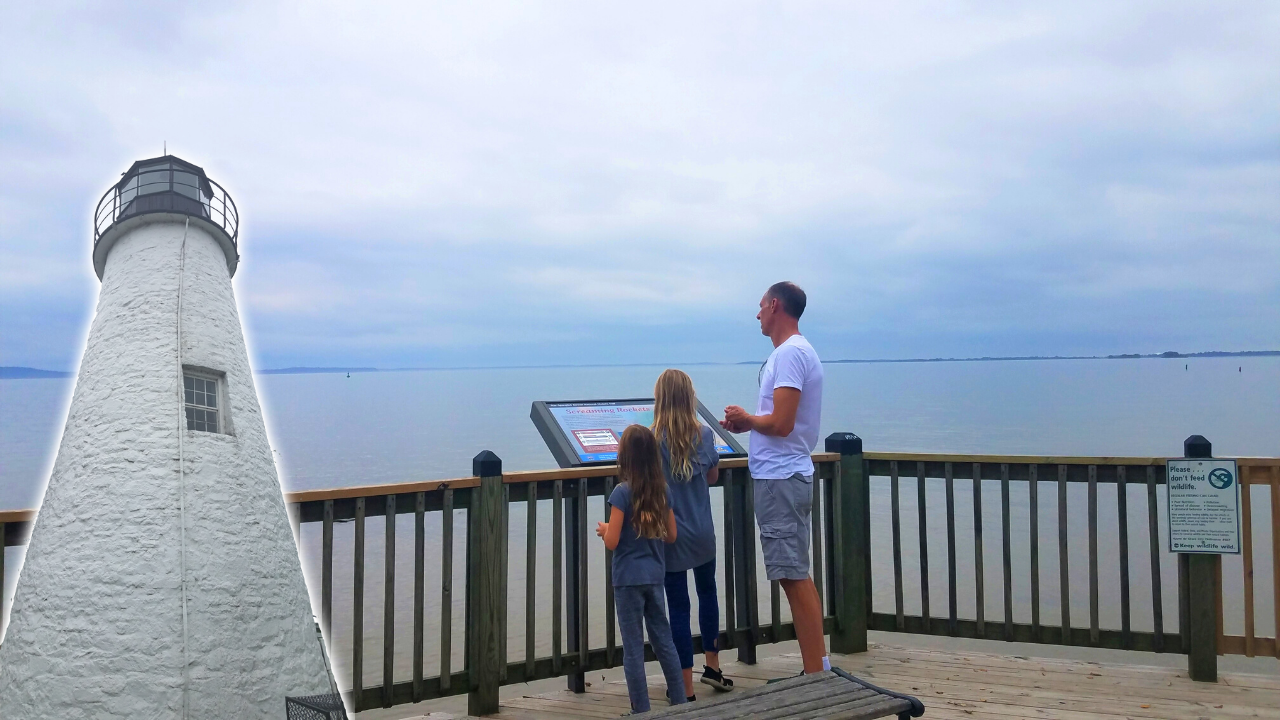 A few seasons ago (fall 2018) we decided to spend the night in Havre de Grace, check out the town, climb the Concord Point lighthouse, learn a little about its history and relax in this beautiful spot at the mouth of the Susquehanna River on the Chesapeake Bay.

WATCH THE VIDEO of our trip!

It was a cloudy day when we began our cruise from the Sassafras River to the Susquehanna River… but although it was overcast, there was no chance of rain. We had a very peaceful mid-morning cruise and the water was super smooth crossing over the Chesapeake Bay. Overall it was about a 40 minute boat ride.

As we approached the Susquehanna we saw a guy parasailing, which was pretty cool watching him flying above us on the water.

We stayed at Tidewater Marina which was super calm & protected… although a little stagnant by our slip… but still a nice marina for a quick trip. The location was good because it was just a short walk to town or the lighthouse.

We took a walk to Tidewater Grille for lunch – one of many good restaurants in town. Its located alongside the railroad which can be a little noisy. But the restaurant was good, and had the biggest kids chicken fingers ever. And it was a nice spot to check out the scenery from Havre de Grace.

Next we went to the promenade by the Concord lighthouse. The lighthouse is relatively small but the kids & I still had a lot of fun climbing up to the top to see the view.

The walk gave us a chance to discover some cool history to share with the kids!

The next morning we took a quiet walk along the shore and explored the marina a bit. Then it was time to start our return cruise. It was another overcast day with calm water… and another nice cruise across the Chesapeake Bay.

Check out the VIDEO of our boat trip – hope you enjoy…  be sure to like it  & subscribe for more videos from our boat life!