The final days of the Atlantic ICW Cruise once again faces foul weather as they navigate through the St. Lucia Canal and locks of the Okeechobee Waterway

This guest post blog series details the Atlantic Intracoastal Waterway Cruise of two friends, Karen and George, as they cruise the east coast from Chesapeake Bay to the Florida Gulf Coast. 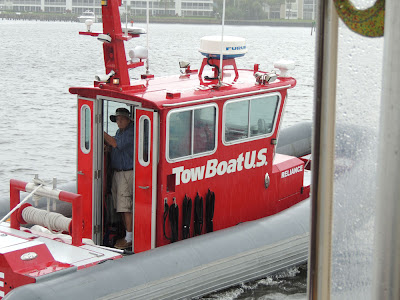 We woke on Thursday 5/30/13 to another day of high winds and rain.  It is Day 18 and we are determined to make it to our new home in Fort Myers FL.

We fueled up and finally left the Four Fish Marina in Jensen, FL behind at 8:30 am.  We headed toward the St. Lucia Inlet where we would pick up the St. Lucia Canal.  This canal will take us to the Lake Okeechobee Waterway.

As soon as we pulled out the rains came pouring down.  The crew hunkered down in back while the captain and I manned the helm.

We had heard that this stretch of the trip could be tricky due to the narrow channel and shallow waters.  We were doing pretty good until red day marker #30.  We were headed into the driving rain when suddenly we came to a screeching stop.  Damn… we ran aground.  Now what?  Captain George was SO upset. 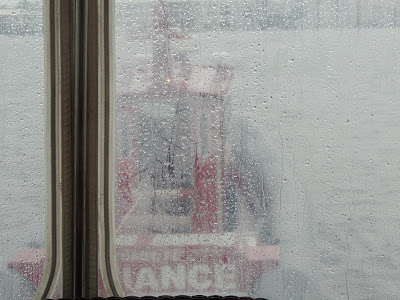 As we sat there and decided what to do, once again fate would be on our side.  A Tow boat Us just happened to be passing by.  Yea!

We did as instructed and tied his lines to the stern.  He wiggled and pulled, pulled and wiggled until finally Special K was free.  After a quick check of the systems (steering…) he waved good-by and set us back on course.  “Good luck , Stay safe” he shouted and away he went.

The Okeechobee waterway is 157 miles long and opened in 1937.  It divides central and south Florida and offers boaters a chance to see rural Florida. Many of the small towns are just as they were a century ago. The scenery varies as you traverse through the rivers, canals and lake. 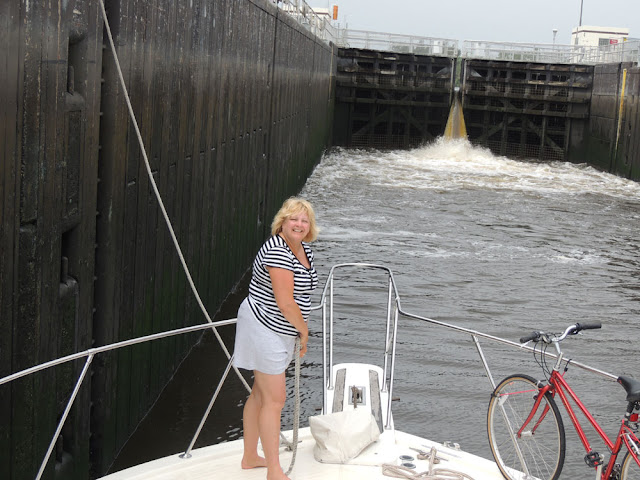 In the 1920’s Florida experienced two devastating hurricanes and the lake was literally blown out of it’s banks.  Hences during the Hover administration the lake was completely enclosed by an impressive levee system, officially named the Herbert Hover Dike. 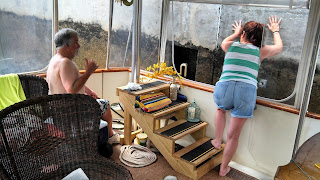 We entered the first of the five locks we will encounter on this leg of our trip. The St. Lucia Lock lifts you 13-16 feet.  If you have not had lock experience this is truly impressive.

Follow the lock-masters instruction and be prepared with bumpers and lines.  If the light entering the lock is red, stop and contact the lock-master on VHF channel 23.  If no answer, call by signaling two long then two shot blast of the horn.  A green light will let you know when it is safe to enter the locks. 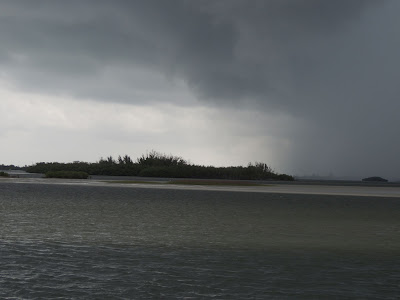 The winds and rain had been with us all day and we were gearing up for what we knew would be a wild ride across the lake.  Boaters have two choices when crossing lake Okeechobee. You can take the rim route or the open water route.

We had decided to do the open water route since this was shorter, more direct and had less concerns over water depth. However, during periods of strong winds the lake becomes choppy and turbulent with short hard seas typical of shallow water. 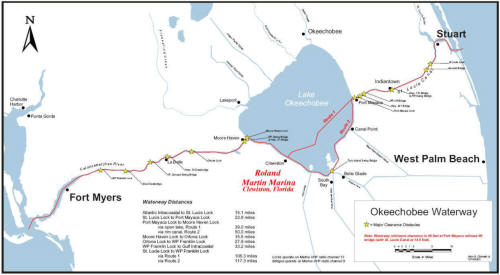 Our crew had on their life jackets and held on with white knuckles.  The ride was much rougher than even we anticipated and for the first time George was wishing  we were back on dry land.  Diesel has been such a trooper the whole trip but this ride litterly scared the piss out of him.  Poor baby.  By the time the ride was over we were exhausted and shaken. 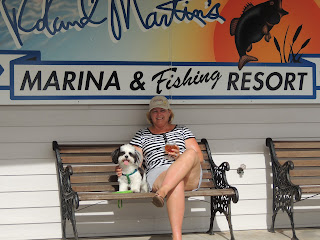 We finally reached our port in the “sweetest town in America”, Clewiston (due to its role in sugarcane production) and the well known Roland and Martin Marina.

Roland Martin’s Marina is considered the half way point on the Lake Okeechobee and the Okeechobee Waterway and is a good place for boaters to stop for provisions or for the night. 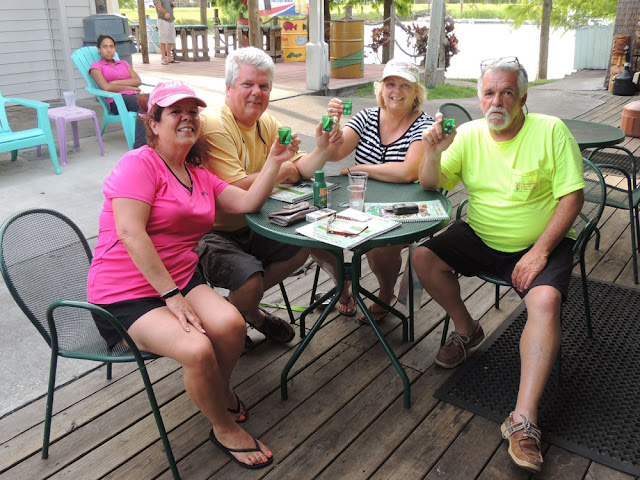 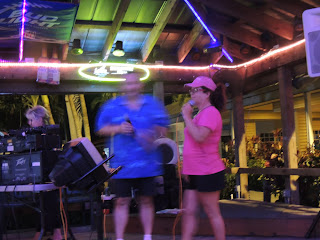 What a great place to stop for the night.  We enjoyed meeting other boaters and anglers while we dined at the local TIKI hut and participated in karaoke with the locals.. Ya-hoo…

Continue to follow their two week journey on this blog as Karen shares guest posts detailing each leg of their cruise along the Intracoastal Waterways.