Special K cruises through Georgia – stopping in Savannah and St. Simons Island as they prepare for the next leg through FL on the Okeechobee Waterway

This guest post blog series details the Atlantic Intracoastal Waterway Cruise of two friends, Karen and George, as they cruise the east coast from Chesapeake Bay to the Florida Gulf Coast. 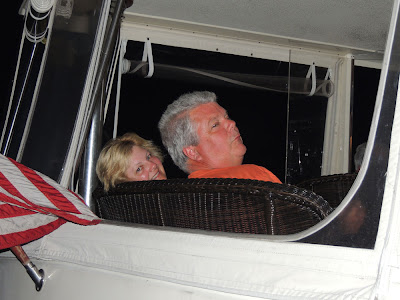 We started Day 11 of our AICW journey a bit late – not shoving off the dock until 8:30 am.  Leaving Bohicket Marina in Seabrook Island, SC with our eyes set on Savannah, GA.

As we headed up the Bohicket River back to the ICW we enjoyed sunny, partly cloudy skies. 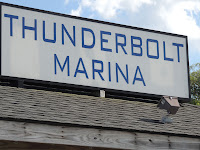 Thursday (Day 11) was pretty uneventful and quiet.  We encountered few others on the waterway as we headed south and took in the local scenery.

At 1700 after traveling 89NM we pulled into Thunderbolt Marina in Savannah, GA.  It is located right off the ICW on the Wilmington River at mile marker 583 (green day ICW marker 35). 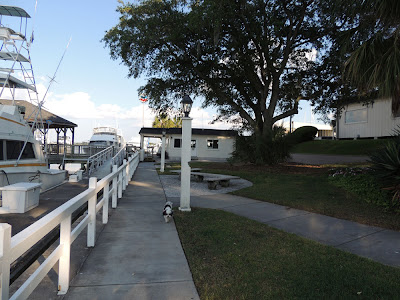 This was one of the many marinas listed in our Intracoastal Waterway Facilities Guide.

I was pleasantly surprised as it was much nicer than depicted in the photo.

The dock Master, Josh, was very helpful and informative about the local area. 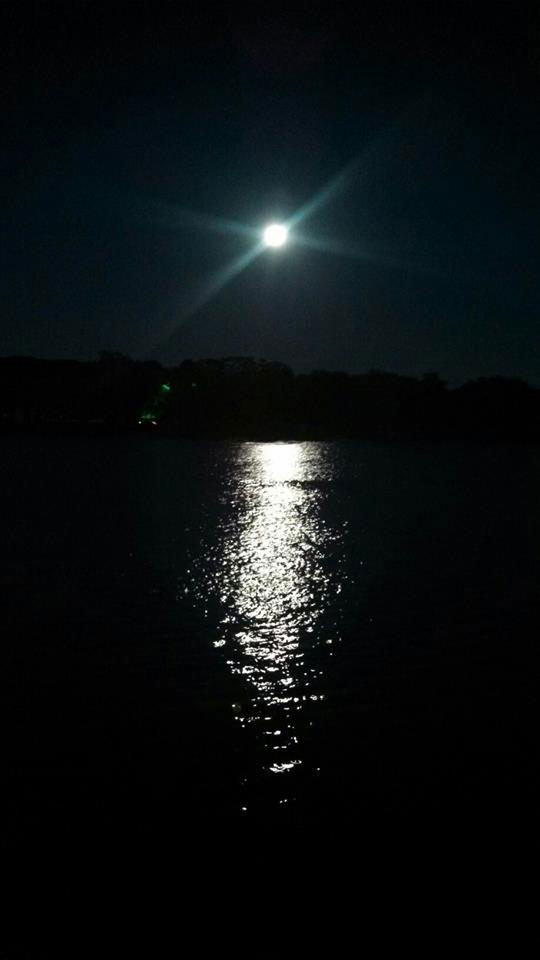 It was dog friendly place and had a very nice air conditioned laundry facility and restrooms – which we needed because the heat was stifling.

Captain George made us all one of his wonderful dinners as the rest of us showered, walked Diesel and did laundry.

After dinner we were visited by another fellow boater named Hemp.  He was from Melbourne FL and was heading north.

He had apparently learned of our destination and was eager to share his knowledge and experience of the Okeechobee Waterway with us (the man-made waterway that joins Stuart FL on the east to Ft. Myers on the east). We spent quiet a while reviewing navigational charts and learning about the bridges and locks we would encounter along the way.   He was also very informative about several marinas we would pass that offered free dockage, electric and water. 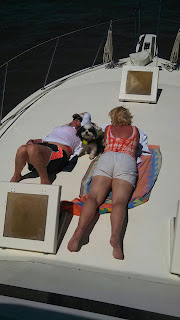 On Day 12 we were up and shoved off from Thunderbolt Marina in Savannah, GA by 7:30 am.  Diesel had been walked & exercised, Special K had been hosed down and the water tanks were full.

We were sent on our way with a smile and wave, a box of Krispy Kreme donuts and fresh coffee (courtesy of Josh – Dock Master of Thunderbolt Marina).

It was a glorious morning with calm winds and blue skies.  Yea! – the tides are in our favor – for now anyway.  We started with a slow ride (no wake zone) as we cruised down the Wilmington river lined with beautiful Savannah mansions.

Friday was another pretty day of zig-zaging down the ICW.  Dolphins in our wake, wind in our face and of course, the tides against us. 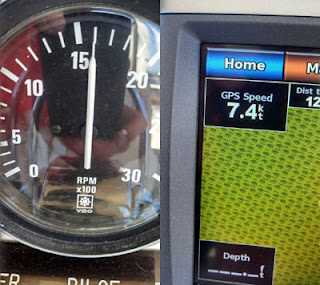 The Georgia ICW is full of turbulent rives and open sounds. Everything was going smoothly until 1330.  We encountered the worst part of the day.  We were on a stretch if the Little Mud river between marker 192-195.

It was hot, the winds had ceased and the green heads were back with a vengeance.  The tides were pushing hard against us – it was incredible. 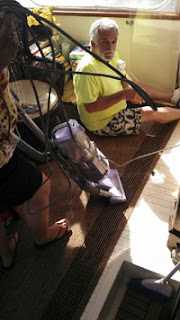 “This really sucks” shouts the captain.  We were kicking mud everywhere as the alligators watched from the shoreline.

We thought for sure we were going to get stuck and succumb to the rage of the green heads. (spent a lot of time cleaning up the green head flies that landed in our boat)

Finally at 1600 we pulled into Golden Isles Morningstar Marinas in St. Simons island, GA.  We had traveled a total of 856NM since we left home.  It is Friday, there is a full moon and we were all in need of a shot of tequila.  Oh what the hell… lets have another! 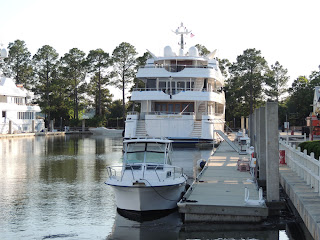 Oh, remember I mentioned that some marinas will offer a courtesy car.  Well Moringstar did as well.  We ordered our car so we could go into town and food shop for provisions…  We got the key, got the car, went to the food store only to return to learn that we had taken the wrong car – it was not the courtesy car.  Opps.  Quick get out of town before the cops come!  Ha ha ha…

Of all the marina’s we have visited so far, this was our least favorite.  The setting was nice and staff friendly & efficient.  But it had been a long hot day and the walk to the facilities… was way… too long.  It was not very dog friendly (no poop bags in the dispenser, although I always have plenty in my pocket) and it did not have anywhere for him to play or run.  Also it was close to a busy bridge so it seemed very noisy due to traffic.