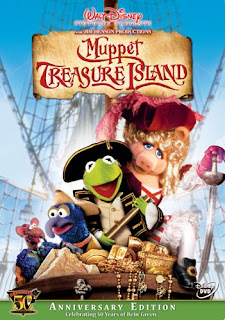 It’s always more fun on the water… especially for kids! From pirate adventures to exploring ocean and sea life, there are tons of movies and TV shows on DVD to capture the spirit of boating that kids would enjoy as gifts.

Kids can enjoy movie classics and favorites like Finding Nemo or Little Mermaid, along with seeing favorite TV characters like Backyardigans or Jake in the Neverland Pirates in boating or sea related adventures on DVD.
Whether your kid is a boating enthusiast or your children simply enjoy water theme shows, this collection of movies and TV show DVDs is the perfect list of boat, ocean or pirate related entertainment ideas for kids.

The popular tale of Finding Nemo by Disney’s Pixar is an amazing under sea adventure that both kids and adults love to watch. This two-disc collector’s edition is packed with special features.

This two-disc edition of Disney’s Little Mermaid is digitally remastered from the orginal movie and comes with tons of special features.

A prequel to The Little Mermaid, Ariel’s Beginning tells how the story of Ariel began under the sea. This was a made for Disney DVD.

The Little Mermaid II: Return to the Sea [Special Edition]

The Muppets became popular again with the recent release of a new Muppets movie, and in this DVD movie the muppets take to the sea for a fun pirate adventure based on the pirate Long John Silver.

The Pirates! Band of Misfits

A movie that promises you will “laugh your booty off”, this kids movie about pirates uses Claymation and features the voice of Hugh Grant as Pirate Captain.

A comic catch from the studio that brought you Shrek, Shark Tale is a hilarious hit and “a wonderful under-the-sea adventure for movie lovers of all ages!” Features voices of Will Smith, Angelina Jolie and Robert DeNiro.

like Finding Nemo, then you will probably like The Reef because it is a very similar underwater adventure. The voice talent includes Freddie Prinze Jr.   Fran Drescher and Rob Schneider.

A retelling of the original Free Willy, Escape from Pirate’s Cove is a family movie about a baby orca who needs a friend and a girl who finds the courage to help him. Features Crocodile Hunter Steve Irwin’s daughter Bindi Irwin.

Sinbad: Legend of the Seven Seas

This movie is an animated adventure from Dreamworks Studio and features the voices of Brad Pitt and Michelle Pfeiffer.

Sea Prince and The Fire Child

A childhood classic that is now available on DVD, this movie is called both magical and dramatic.

The Splish Splash Big Red Boat/Sailing Around the World

OK, I have to admit, I get really annoyed with The Wiggles, but kids really do like them. And if you have to watch them, a boating adventure is the way to go.

The best pirate cartoon that kids love – get the entire first season of Jake and the Never Land Pirates with 7 episodes that your kids can watch over, and over, and over, AND OVER again!

This full length adventure featuring Peter Pan returning to Jake and the Never Land Pirates along with 5 other pirate episodes on the DVD.

Cat in the Hat: Ocean Commotion

Dinosaur Train: Dinosaurs Under the Sea

Dinosaurs and boats? Sure, why not! The popular PBS show about Dinosaurs take you under the sea for underwater adventures. Features multiple episodes.

Another one you either love or hate, but you can’t deny that SpongeBob SquarePants keeps kids entertained. Features 10 sea stories in this DVD.

Super Why: Under the Sea

Another great educational show, kids learn a lot about letters and how to put them together to spell words. Under the Sea fun is a bonus!

We did it, we did it! Featuring a double length episode Dora the Explorer goes on a pirate adventure that Dora fans will love.