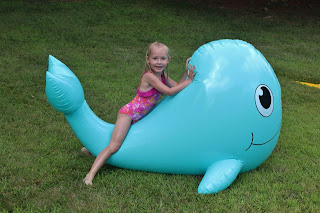 With two little boat girls getting ready to turn five and one only a few weeks apart in the summertime, we decided that having a sea creature theme birthday party was a great way to celebrate. For boaters, a sea creature theme party is a fun way to share your love of anything nautical with kids. And really what kid – regardless of their level of enthusiasm for boating – doesn’t enjoy sea creature and ocean life things in the summer?From nautical décor to fun water games and nautical party favors, there are lots of great ideas you can use to incorporate a sea creature theme into your next kids party.

Party décor sets the tone for a sea creature theme, and luckily there is no shortage of ways to add ocean and sea creature flair for your party. 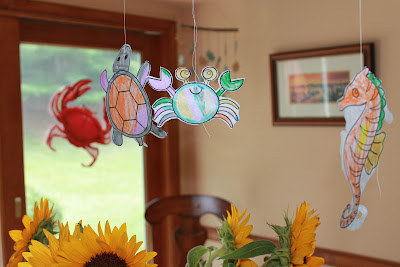 First, we got our oldest daughter involved in helping to create some of the sea creature theme party décor by decorating some free seacreature line art drawings we printed out. We used line art (uncolored) images of all the sea creatures we could find: octopus, fish, crab, whale, dolphin, turtle, shark, seahorse, jellyfish and more.
Decorating and coloring all the sea creatures was a fun craft project to get my daughter involved in getting ready for the party. Then, I simply poked a hole in the top of each and hung them with a string inside and outside of the house.

Another big décor idea I found was blow-up sea creatures. We found a pack of 12 blow-up sea creatures on Amazon that included a cute collection with crabs, octopus, sharks and fish. We had these all around the yard and in our kiddie pools, and the kids had a blast tossing them around like beach balls. 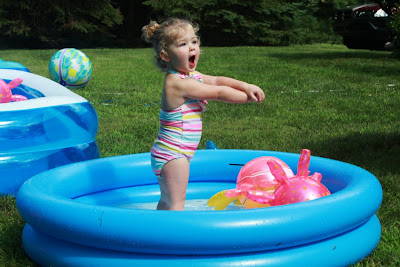 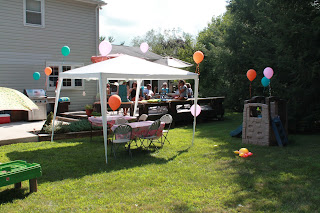 To make the backyard even more festive and tie in all the nautical colors we got a dozen latex balloons in coral pinks and orange and sea green. 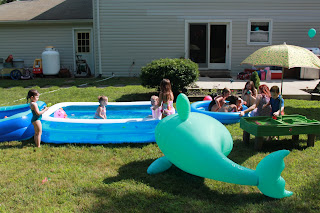 Summer backyard water toys are a natural fit for the sea creature party theme. We set up several different kiddie pools (2 bigger ones and 1 smaller one for the baby). We also had a slip-n-slide and water table set-up so the kids had lots of outdoor water fun options to keep them busy.

The blow-up sea creatures served as party décor and party fun for the kids as they kicked and threw them around in the pools.

we found at Amazon included 34 pieces with a nice variety of sea creatures).

(a good investment if you have an outdoor kids party every year). 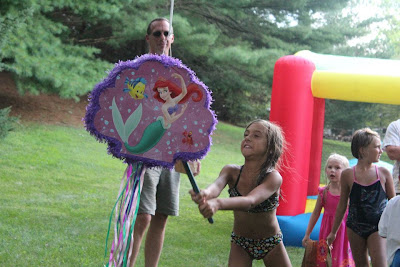 The only organized game we had was a piñata – a game we have every year regardless of the party theme because the kids just love to hit a piñata.

We chose a Little Mermaid piñata and loaded it up with bite size candy and some extra squishy sea creatures (purchased mainly for the party favor bags).

We were lucky enough to have our older niece and nephew at the party to help out with a few special crafts at the party. 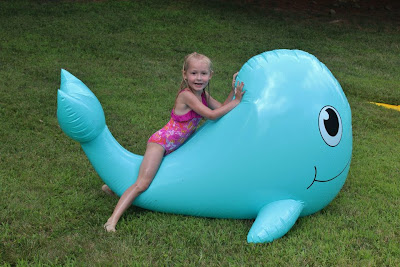 We asked our niece who is an aspiring photographer to work as the “party photographer” (having a designated photographer is something I HIGHLY recommend so you can focus on other party chores and not miss any special moments). 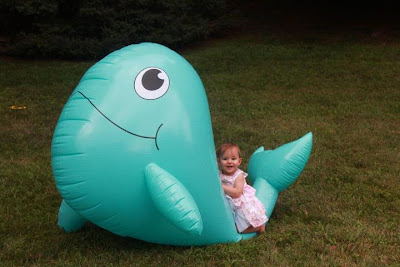 In addition to capturing some great shots for our photo albums (and this blog!), we asked her to take a picture of each kid posing with the giant inflatable whale we got from Amazon. It was about $20 but TOTALLY worth it. Not only was it great for the party décor and fun for the kids to play with, but it was also a great prop for pictures. Amazon also had a really cute giant blow-up whale and a giant blow-up dolphin that would work for pictures too. 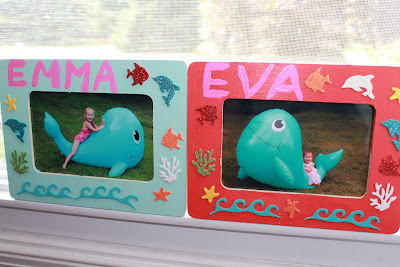 We made sure to get a picture of each kid on the whale and then printed them out on a 4×6 photo printer (again, my niece was SUPER helpful). Before the party we painted cheap wooden frames we got from the craft store for only $1 each. We painted them a light ocean blue color and personalized them with names of each of the kids at the party.

At the party kids were able to decorate them with sea creature theme foam stickers, we popped in their photo and gave it to them as part of their party favor. 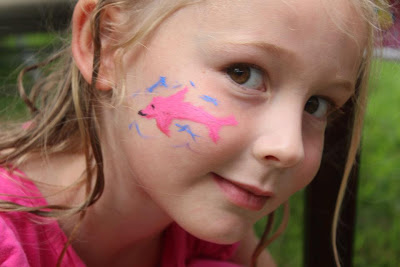 Our nephew was also a huge help at the party. He is very artistic, so we asked him to do face painting for all the kids. He used the sea creature line art drawings as inspiration.

We picked up a simple face painting kit from Amazon

and for less than $20 all the kids at the party were able to have their faces painted with dolphins, turtles, sharks and more. 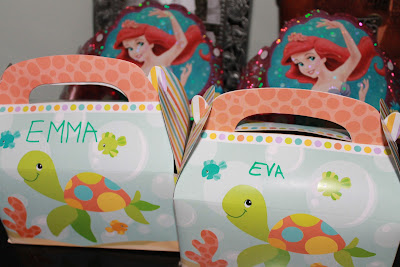